It was a case of tears of joy for the family of Mr. and Mrs. Sylvester Ogbuchie of Ekwulobia in Anambra state when they finally became the proud parents of a bouncing baby boy after 20 good years of marriage.

Speaking with Celevids News in a very exciting tone, Sylvester, 52, says he has now joined the league of those referred to as fathers. He could not hide his joy as he said God has finally wiped away shame from his life.

In his words, Sylvester said, “I got married 20 years ago in 2000 to my wife who is a very virtuous woman. I am the first born in a polygamous family of 8. Over the years, I have watched all my siblings carry their own children and wondered why my case was different. I was even advised severally to take another wife but being a God-fearing Christian, I chose to wait on God because I believed his time is the best.”

He continued that “there was no medical care that we did not go through apart from IVF which we cannot afford being an average income earner. After some years, I kind of gave up hope and accepted the situation as my fate in life. Surprisingly, late last year, my wife kept on having persistent malaria attacks and we kept buying anti-malaria tablets from a chemist near our house”.

“After treating malaria for about 4 times she decided to go for a test at the general hospital only for her to return crying profusely. I was afraid and kept asking her what happened thinking on her way she heard a bad news or something”.

“After she was able to put herself together, she handed me a test result which I could not make any sense of because I could not interpret what was written in it. She later told me that what the paper was saying was that she was pregnant! It was then that I myself busted into tears and cried like a baby for long.”

Mrs. Philomena Ogbuchei who was seen breastfeeding her baby at their residence at 54, Ikwedion Street in Ekwulobia had a big smile on her face and kept saying “Na God ooooo”.

According to the proud mother, she was already 3 months pregnant but didn’t know as she had stopped being hopeful of ever getting pregnant after waiting for 20 years. She said the pregnancy was safe all through as she never suffered any severe complications and her deliver was a smooth one.

Advising other women who may find themselves in the same shoes, she says “just wait on God and be very prayerful because there is nothing God cannot do”.

Mrs Ogbuchie was delivered of a bouncing baby boy on 26th of May 2020 after being childless for 20 years. 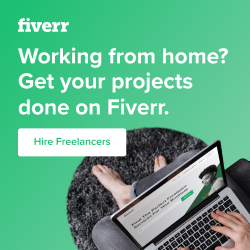